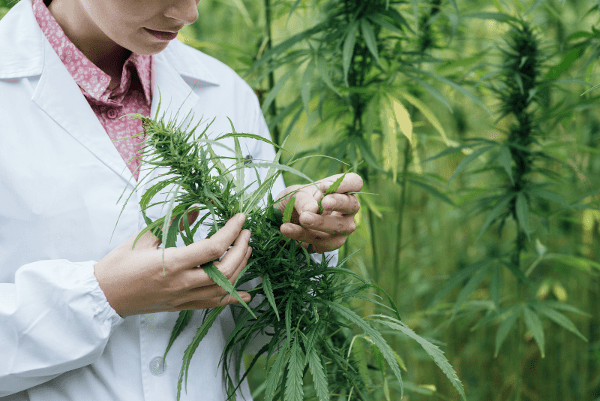 Cannabis employees are in high demand during economic crash

Coronavirus hasn’t kept some cannabis companies down: They’re staffing up even as unemployment in many other sectors soars.

Weed businesses around the country that were in strong financial shape heading into the pandemic are hiring additional workers in response to robust demand for marijuana products. Almost all states have allowed pot shops to remain open, even though vast swaths of the retail economy have been shuttered for weeks.

An initial coronavirus sales boom — sparked by panicked shoppers worried that dispensaries might be shuttered — quickly plateaued, but many shops report that they continue to do brisk business. Fewer shoppers are hitting stores, but they’re making bigger buys, and there’s been a surge in delivery sales. They are thriving even though they can’t touch federal rescue money to pay their bills or employees. Some lawmakers are pressing to include them, but they aren’t likely to get anywhere because of Majority Leader Mitch McConnell’s staunch anti-marijuana stance.

Companies POLITICO spoke to in more than a half-dozen states said they are adding thousands of workers despite the pandemic. In most cases, these hiring plans were already in the works prior to the public health crisis, but the economic paralysis gripping much of the rest of the economy largely hasn’t derailed those plans.

Green Leaf Medical said it’s in the process of hiring roughly 300 workers for its cultivation and retail operations in Virginia and Maryland, more than doubling its workforce. Trulieve has added 250 retail workers in Florida just since the Covid-19 outbreak began, with plans to add more. And Cresco Labs is hiring 250 workers to staff its stores in Illinois’ fledgling recreational market.

“We’ve seen a surge in demand all over the country,” Lusardi said. “We’re seeing more patients become registered every day and we’re adding employees in just about every area of the business to meet the demand.“

The primary reason companies are hiring is simply that the cannabis market continues to grow across the country. Legal cannabis sales topped $12 billion last year, according to analytics firm BDSA, and are expected to top $30 billion annually within the next four years, though the projections don’t take into account coronavirus’ economic impact. The legal cannabis industry in the U.S. employed nearly 250,000 people last year, according to Leafly, a 15 percent jump over 2018.

Even some smaller operations are adding workers. AltMed Florida has opened 10 additional dispensaries since mid-March, doubling its retail footprint, with plans for more outlets in the works. NFuzed, a Colorado-based producer of budget-priced cannabis gummies, has added four workers since the start of the pandemic, responding to a 50 percent jump in sales. And Lightshade, which operates eight dispensaries and several grow operations in the Denver metro area, is looking to add at least 20 workers.

“We have been desperately trying to hire,” said Lisa Farrimond-Gee, Lightshade’s director of marketing. “A number of different departments are looking for people to bring on board.”

Delivery services in states that allow them are also staffing up as fearful shoppers seek to avoid stores. In pre-pandemic times, Kaitlin Wolfberg worked as a musician, playing violin, viola and occasionally conducting. The day before she was slated to travel with a string quartet to Hawaii in March, the gig was canceled.

She applied for a job the next day at the California delivery service Ganja Goddess and started working two days later. The delivery service has increased its workforce by nearly 25 percent since stay-at-home orders began.

Wolfberg is mourning the loss of the career that she spent the past decade building: “Everything that I worked for was gone,” she said.

But she counts herself lucky to have a job with benefits. Many of her musician friends are struggling to buy groceries while navigating the unemployment process.

The hiring trend is far from universal. Some of North America’s biggest cannabis companies — including Canopy Growth and Acreage Holdings — have slashed jobs in recent weeks. Another major retailer, MedMen, recently shuttered five of its Florida stores without explanation as it struggles with financial problems. Many big cannabis companies were hurting for cash even prior to the pandemic, because cannabis stock prices collapsed over the last year.

In addition, restrictions on cannabis operations in some states, most notably Nevada and Massachusetts, have led to significant sales reductions. And the lack of access to federal coronavirus relief funds and most banking services — reflecting the fact that marijuana remains illegal at the federal level — will undoubtedly sink some companies.

But the quasi-legal, rapidly growing industry — 33 states now have medical or recreational markets — is proving more resilient than many other sectors.

“We will continue to hire for these essential roles and have not hit any roadblocks,” said Lynn Ricci, Trulieve’s director of investment relations.

Several states that have legalized medical or recreational markets are still rolling out their programs.

In Illinois, for example, recreational sales started on Jan. 1, with revenues topping $100 million during the first three months. Many cultivators have reached the point where their first crop of recreational weed is ready for harvest.

“We’re experiencing a great need to hire people in that regard,” said Pamela Althoff, executive director of the Cannabis Business Association of Illinois.

Companies would likely be hiring even more workers if not for the coronavirus. Illinois delayed a May 1 deadline to announce up to 75 additional dispensary licenses due to the public health crisis. In addition, some businesses are encountering delays of three to four weeks getting background checks completed for workers, Althoff said. The trade group is asking the state to allow new employees to start working before their background check is completed.

“We’d like to get our newly hired employees to work, with the understanding that if there is a background check that comes back with a major fault, they would be let go,” Althoff said.

Florida is another market that continues to see explosive growth, even though it only allows sales for medicinal purposes. Sales of smokable marijuana were up 52 percent last month compared with January.

“In Florida, our business continues to be strong — we are assisting medical customers while following strict CDC safety and social distancing protocols, providing a consistent inventory of flower in our stores, and introducing new products to our customers,” Parallel spokeswoman Laurie MacKenzie said.

Green Leaf Medical is one of four companies approved to serve Virginia’s nascent medical market. The company is in the process of hiring at least 235 workers to staff a production facility in Richmond and six retail operations.

“We’ve been biding our time, waiting until we were sure that we were financially sound enough to make this move and to hire these employees,” said Philip Goldberg, the company’s CEO. “We’re not just firing off and going crazy.“

Many industry observers caution that there are ominous financial signs on the horizon for the cannabis industry. Even if it proves more recession-resilient than many businesses, the hollowing out of bank accounts across the country is likely to eventually curtail weed sales. In addition, the lack of access to banking means they can’t typically access loans if they experience a cash crunch.

But for workers suffering from the economic turmoil, companies that are hiring serve as a lifeline until they can one day — hopefully — return to their previous careers.

“We’re not going to have shows until vaccines happen,” said Wolfberg, the musician. “I keep hearing it could be four years.”

Get the latest cannabis jobs news!